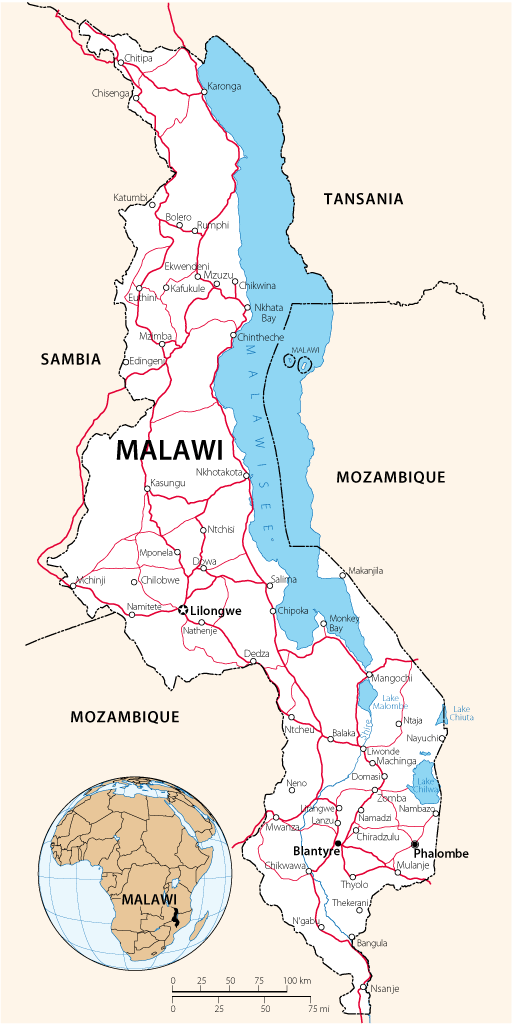 Malawi is in southeastern Africa in the region of the outer tropical belt. The elongated landlocked country has borders in the south and east with Mozambique, in the west with Zambia and in the north with Tanzania. With a size of 120'000 sq km, the country is about three times as large as Switzerland. Of this area about one fifth is occupied by lake Malawi.

Apart from the lake, Malawi's landscape is dominated by high plateaus and mountain ranges. The town of Phalombe is situated in southern Malawi, at the foot of the Mulanje-Massivs, the hightest mountain in the country (3002 m) and in Central Africa for that matter.

Phalombe is one of the youngest of 28 districts in Malawi. It was only in the late nineties that it was separated from Mulanjie district, which lies in the southeast of the country. The district town has a small administration building, post office, police station as well as some typical African shops and a daily market. In the immediate surroundings there is only a secondary school and a Catholic Mission station,on whose property one finds a big church, a primary school and the only hospital in the district.